In the lecture on November 27, Korean architect Cao Minsuk, whose works are refreshing and his speech is exciting, gave a wonderful lecture to the professors and students of the School of Architecture and Design of Wenzhou-Kean University. Next, let’s review the unforgettable record of the lecture and the thoughts and understandings of the lecturer. Cho Minsuk is a South Korean architect. He graduated from Yonsei University (Seoul, Korea) and Columbia University (New York, USA). He worked for Kolatan/MacDonald Studio OMA. With partner James Slade, Cho Slade Architecture in 1998 in New York City/ In 2003, he came back to Korea to open his firm, Mass Studies.

Cho Minsuk shared five examples. Daum Space.1: The overall master plan of the building is designed to grow linearly. Each building has a height of no more than five stories, one above the former, to accommodate the site’s gradual rise of 60m, and to use this gentle, even slope to connect different levels of facilities. This progressive alignment facilitates the vertical, horizontal, and diagonal movement of the entire site. Korea Pavilion at World Expo 2010 Shanghai: The Korean National Pavilion is constructed with Korean letters, and most of its bottom layer is open space to fully reflect the openness and inclusiveness of Korea. The floor of the pavilion is paved with different colors of floor tiles. The colorful ground is the map of Seoul, the capital of South Korea. S-Trenue: This building consists of three towers. The core tower is made of reinforced concrete and the other two are steel structures. Slim steel towers are tilted at different angles while still maintaining structural stability. Boutique Monaco: The lower level of the building consists of commercial, cultural and community spaces, while the upper floors are between 5 and 27 floors. To meet different needs and sufficient space, the designer introduced the missing matrix to meet the maximum floor area ratio of the entire building. Ann Demeulemeester Shop: The building is based on the design concept of “floating stainless steel blocks”, and the various views from all angles will give the mass a variety of 3D effects.

“I resisted for a long time coming back to Korea, because it made me feel like I was going backwards. But initially it was a very desperate sort of interest to build something from the ground up. I had my business with my American classmate and still very close friend, James Slade, and our practice Cho Slade Architecture lasted for five years. But we were quite frustrated that what we did was limited to interior embellishment or renovation work, basically. Because at the time, New York’s boom days were over, so we only managed to do very refined loft designs and gallery designs. That was my initial motivation to move to Korea, because I had a commission for the Pixel House in 2001, a tiny, 89-square-metre household for a family. Then there were a few other projects of increasing size, and I became sort of happily stuck in Korea. For about a year and a half, I observed Seoul from this in-between stage, where I couldn’t decide whether to stay or go, but it slowly became an attractive idea.”

Q: What is your view in regards to respect for nature in your architecture?
A: Anything that we architects do is a very artificial act and a lot of our attitude about nature came from where we are based (Seoul, Korea). which I think other global cities and large cities can share, since they share common symptoms to a certain degree. Seoul, being one of the densest cities, happens to be surrounded by beautiful nature, specifically the mountains. so a lot of things, either unfortunate or interesting, came out as a by-product, almost like an afterthought or an accident from the inevitable crash between the two, which is in a sense a third separate condition, so to speak. we then try to learn from them by making observations, and we go from there.

Q: Do you discuss your work with other designers?
A: Yes, I like to do that as much as I can so that I don’t become a little self obsessed tyrant. it is very difficult, but I started traveling a lot over the last three years to different architects’ events. I like to get my butt kicked by other people and criticized, and they are always helpful. I feel I am very blessed with friends who are very talented architects of my generation who can make brutally honest observations about what we do.

Q: Can you tell me an evolution in your work, from your first projects to the present day?
A:This is our 6th year. there are certain directions that we took for very small projects, and others for very large scales, but we also go back and forth. we are not only growing; in fact, our office stopped growing in size, as an attempt to maintain the initial spirit of it, as a much more intimate environment, although we became a mid sized office, with about thirty people simultaneously working. so we just limit the number of on-going projects, and try to focus and control them better. work wise, it is very hard as a young firm to get a public project in my country, so we’ve been mostly working with clients who are very unique individuals or private companies with sincere interest in their buildings. but now we are also extending to some small scale public projects, which I am very excited about. until now we have been mostly limited to Korea but now we are doing some other things, like the ring dome, which is our first structure in Europe. we are also doing something in America with a similar premise, and china and so on. We are very interested in engaging with different physical and cultural locations and coming up with something appropriate.

Q: What advice would you give to the young?
A: Don’t look up to all the people, do your own thing. trust yourself and don’t be afraid. be fully confident of what you believe in. I have always struggled with doubts, but I think a lot of things have been a process of good confirmation of what I believed in in a younger time. it is actually better or maybe more right than a lot of people would tell you, this is what’s going to happen to you or what is going on in this world. I guess this is a kind of optimism that I like to encourage in young people. 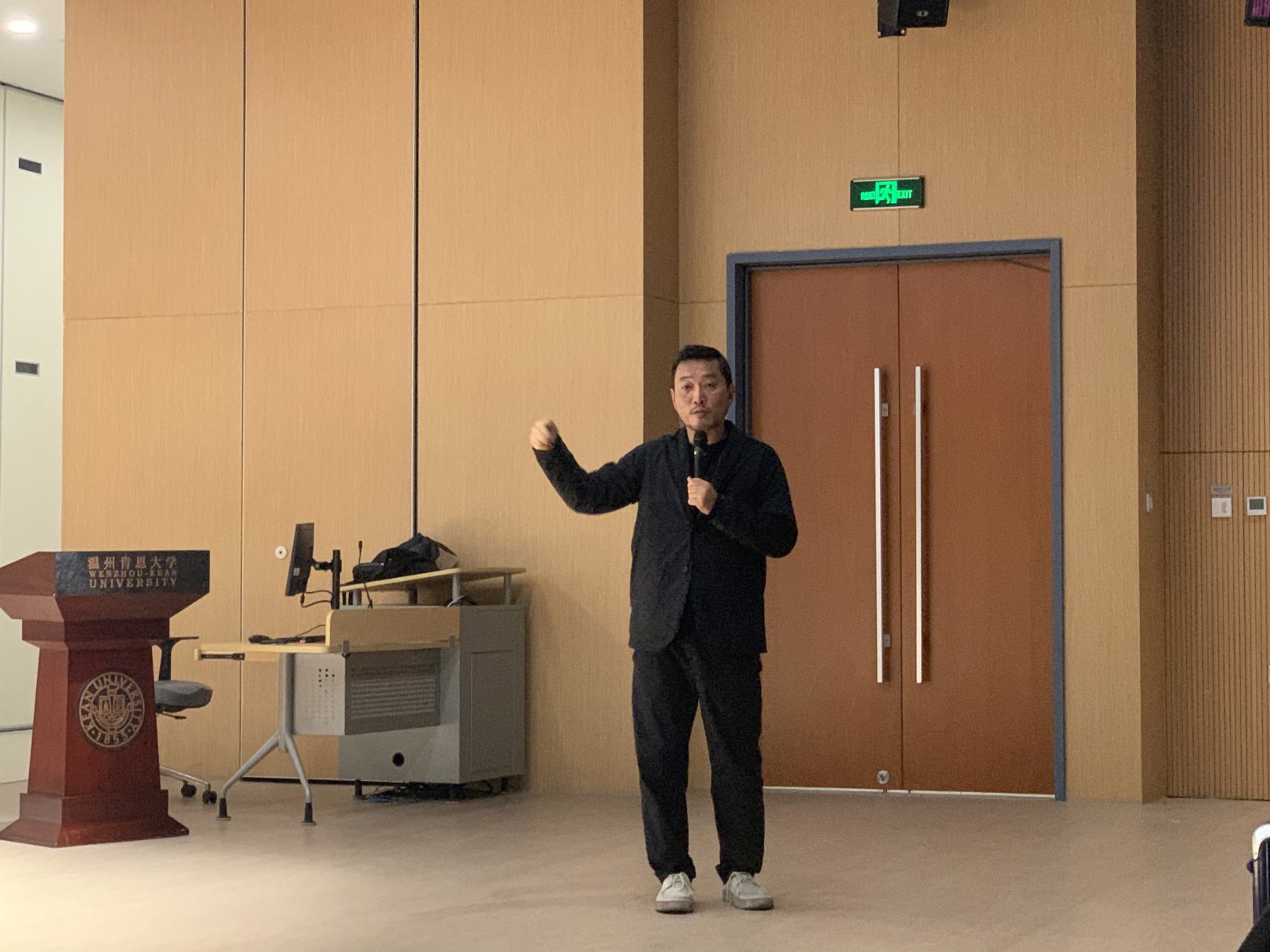